How the city of Umeå, Sweden is using spending data to strive for net zero

Mastercard is helping Umeå to align its tourism growth plans with its net zero ambitions, providing Carbon Calculator insights to understand the environmental impact of visitors' and residents' spending. 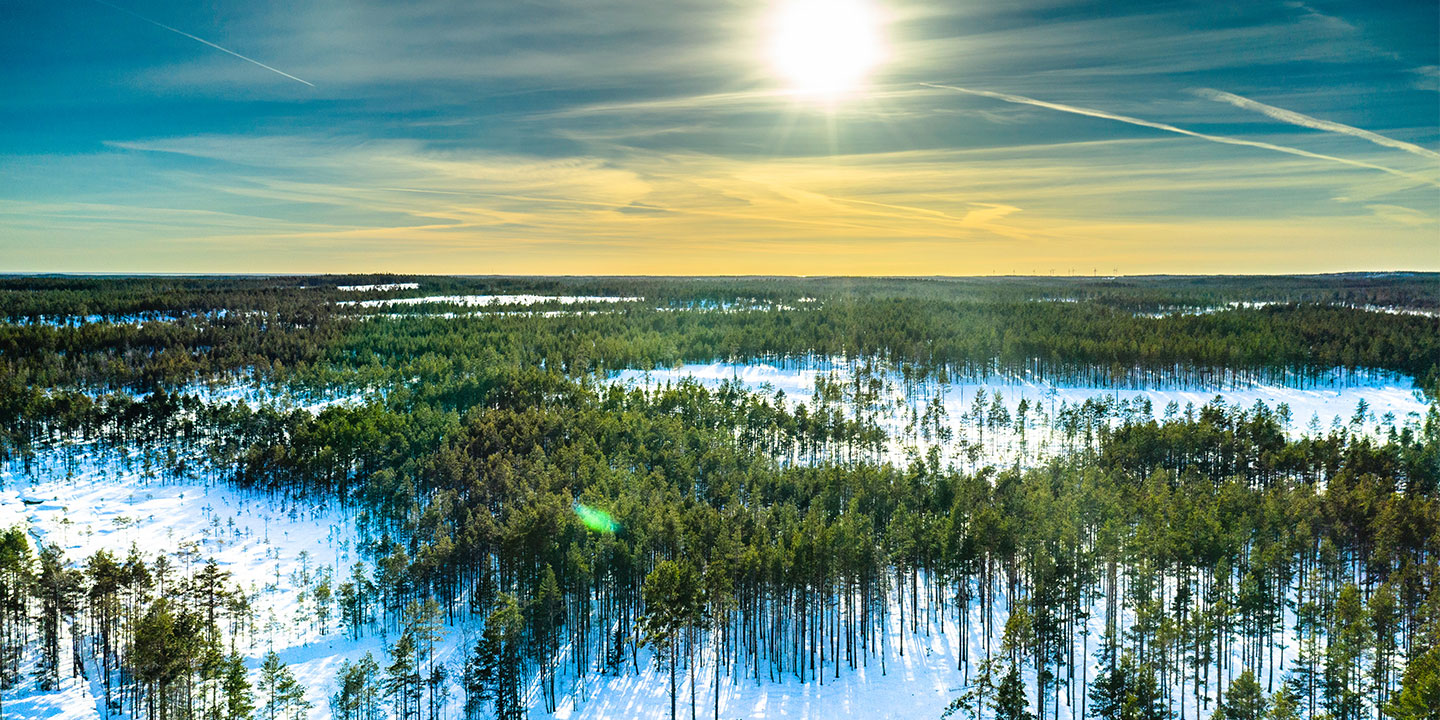 The city of Umeå, which lies just outside the arctic circle in northeast Sweden, is leading its nation to achieve net zero carbon emissions by 2030. The city’s focus on sustainable growth and urban development played no small part in its selection by the World Wildlife Fund as Sweden's climate city of 2016.

Still, the effects of global climate change are felt here. After the traditional west-central location of Värmland received inadequate amounts of snowfall, the 2022 Rally Sweden winter motorsport competition was relocated to more northerly Umeå, where it will continue to be hosted until at least 2024, securing the future of the World Rally Championship's only pure winter event.

This climate-conscious city, which attracts over a million tourists annually and is on track to exceed 200,000-population by 2050, is working with Mastercard to understand the carbon emissions of both its residents and visitors’ spending. Using the power of that data, Mastercard is helping Umeå to align its tourism growth plans with its net zero ambitions.

Understanding the carbon footprint of a visitor spike

For Umeå, hosting an international sporting event was both an opportunity and a challenge. Increased tourism also means increased emissions, and the challenge of preserving environmental progress while creating a memorable visitor experience was not one taken lightly.

Visitors to the 2022 Rally Sweden event accounted for 48 percent of people spending in the Umeå region, and 32 percent (SEK 88M) of the total spend made. However, those visitors also accounted for 38 percent of the CO2 generated in the days before, during, and after the event.

But no challenge can be tackled unless it's first understood, and this is the kind of segmented data that event organizers and city officials needed to create sustainable future plans. These figures were recorded by Mastercard's Carbon Calculator, a tool created in collaboration with Swedish fintech Doconomy. The Carbon Calculator provides a "carbon score" for both visitor and resident spending based on the Åland Index, a global solution for CO2 emissions calculations that's standardizing how we measure the impact of consumption. These scores can help cities and regions quantify the carbon impact of hosting a particular event.

Gabriella Hed Vall, CEO of Visit Umeå, told us why she values the specificity of the Carbon Calculator's figures:

"It's really important to have figures that are accurate and not guessed, because usually it's like, 'oh, this is an estimation.' So at the end of the day, it feels like, 'we know this, but we really don't know anything.' But I think the numbers that we got from Mastercard were really good because they would tell us that there were X number of new cards being used in Umeå during Y days. It feels really reliable."

In Umeå, connections are already being made between the biggest problem areas and potential solutions. Take gas stations, for example: they were the top CO2 category for Rally Sweden visitors, due in part to the fuel required to travel to and from Umeå for the event. The city's gas station CO2 emissions alone increased by 137 percent in 2022 compared to 2019.

"If you want to visit us, it's usually a long journey, and we really depend on airline traffic," Hed Vall explained. "You could come to Umeå by train; it takes a little more than six hours from the capital Stockholm, but airline traffic is really important to us. And of course, this is a challenge when you look at the big picture. But our response to this is that we want to offer our visitors as sustainable an experience as possible when they come here."

Umeå has already made strides in the realm of transportation with a fossil-free fleet of local buses, 70 percent of which are fully electric. Recently, efforts have been focused on encouraging residents to use the bus system or other green options more than their personal vehicles.

"For us, sustainability and quality goes hand in hand."
Gabriella Hed Val, CEO of Visit Umeå

She hopes that the local tourism industry might serve as a starting point from which the rest of the city's businesses can scale their sustainability efforts.

"For us, it's going to be really important to join forces with the municipality and their sustainability experts, and I think this material [from Mastercard] could help us make them more interested, because they work with a lot of analysis and measurements themselves. My vision is that the tourism industry could be like a test area for solutions and innovations where you can measure results before and after in a simple way."

Focusing on the future with data

Umeå estimates that the campaigns informed by a lifestyle survey it conducted in 2018 have resulted in a 330MWh reduction in energy use, and plenty of positive changes in residents' behavior – so it's exciting to imagine how much impact future campaigns could have when informed by the Carbon Calculator's detailed spending information.

Hed Vall also believes that the Carbon Calculator data will make it easier for Visit Umeå to get other potential stakeholders involved with future green initiatives.

"For us, it's going to be really important to join forces with the municipality and their sustainability experts. And I think this material that we have [from Mastercard] could help us make them more interested, they work with lots of analysis and measurements.

“My vision is that the tourism industry could be a test area for solutions and innovations, where we can measure results before and after in a simple way."